When I switch from my native English to Polish, my IQ drops by at least 50 points… well, that’s how I feel.

So instead of assessing my skills against a system of language levels, I judge my abilities in comparison to how stupid I feel when I try to express myself in Polish.

Fortunately, Polish has some great words to describe stupid people. As well as English, there’s a group of words that started as medical definitions – imbecile, cretin, moron, idiot – but I prefer the folk terms like głupek wioskowy (village idiot). Call me old-school, but when I speak Polish I feel closer to the type of stupidity that’s been around the villages and backwoods for centuries:

In this classification, in the place of beginner is the głąb level. The goal for a głąb learner is to inform others that he or she is a głąb (blockhead). When I first came to Poland, I remember saying nie rozumiem or nie mówię po polsku about 10 times a day. If I managed to pronounce the expressions correctly, then I could take pride in the fact that my interlocutor understood that I was a linguistic blockhead and walked away.

I chose the word głąb for this level because it just sounds dumb. The long, deep ‘omb‘ sound vibrates when you say it right and seems to express the emptiness inside my head when I can’t think of a Polish word for something.

Being a głąb in Polish, I once got confused between głąb and dąb (oak) and suggested to some friends that we take a blanket and lie down in the park under the big głąb. What can I say? If there had been a big głąb standing in the park, I’m sure he wouldn’t have cared if we sat beneath him.

This is not so much a level as a moment of truth. Instead of running from encounters with the Polish language, the gapa learner stops and stares. Standing with their mouth ajar and eyes wide open, he or she gapes at the Polish language, its strings of consonants, funny letters and crazy words… oh my god… do I have to learn that?

Like the word gap in English, there is a huge chasm between the gapa (feather-brained) learner and being able to express oneself intelligently in Polish. This is the make or break moment. Does he or she commit to the learning process or flee in horror back to the głab level?

If the gapa learner commits and works really hard, then he or she can aspire to becoming a gamoń (bungler). Besides having a very limited range of vocabulary, the gamoń takes pleasure in constantly repeating the same phrases incorrectly. Don’t bother correcting them – eventually they’ll get it right by accident. The best word to describe the communication style is gamoniowaty (bungling). A gamoń hopes that if they say all the words they know, then eventually, like a monkey at a typewriter producing poetry after a million years, they might stumble on an intelligible sentence in the end.

I came across the word gamoń in an exhibition about the Orange Alternative. It included a description of an election committee called Gamonie i Krasnoludki (Fools and Dwarfs). Their election slogan was Głosując na Gamonie – głosujesz na siebie (a vote for fools is a vote for yourself). What’s a gamoń, I wondered? And what a pity I can’t vote!

When I learned that gamoń meant ‘bungler’, it was my favourite word for months. There’s something so pleasurable in saying the words ty gamoniu! to myself because I’ve made the same language mistake for the tenth time that day.

At this level, the fajtłapa (clumsy) learner is like a bull in a china shop. Because he or she has learned a broader range of language, there is significantly more opportunity for making clumsy mistakes. The key goal, or mission, for the fajtłapa learner is to inadvertently destroy the language he or she is learning. They do this by breaking as many rules and patterns as possible, happily smashing every linguistic convention they come across.

It can be tiring for Poles to interact with a fajtłapa learner – put simply, they mess with your head. But, please be patient, it’s all part of the learning process.

As well as being clumsy with Polish, I’m also rather clumsy in the kitchen, where I handle fragile things with the delicacy of a bear wearing boxing gloves. Wine glasses don’t have a long shelf-life in my home… just about as long as the wine, in fact. The word fajtłapa seems to captures the feeling that I’m engaged in a battle with my own hands. I don’t know what fajt means but when I first saw it, I understood it as fighting with my own łapa (paws).

There are no shortcuts to get from the level of fajtłapa to frajer (sucker). It’s a long, hard slog to correct all the errors that are ingrained in the learner’s head, and you could question whether it’s worth the effort. But this level is called the frajer level because the learner, having come this far, is usually suckered into continuing.

Like a gamoń, I misunderstood the word frajer at first. To my ears, it sounded jolly, almost aspiration. When the world is too depressing, wouldn’t you rather just be a happy frajer? It also sounded too much like the English word ‘fryer’ – so I imagined some simpleton that works in a fast food restaurant frying the burgers!

In Scotland, we don’t make smart decisions when it comes to eating habits. For example, in some fish n’ chip shops you can buy a deep fried Mars Bar – a local delicacy that you can order if the battered fish and chips is too healthy for your tastes. If I ever set up a deep fried Mars Bar food truck in Poland, I’ll call it ‘The Happy Frajer‘.

But, as it turns out, my understanding of the word frajer was wrong – just another mistake that I need to iron out at this level! 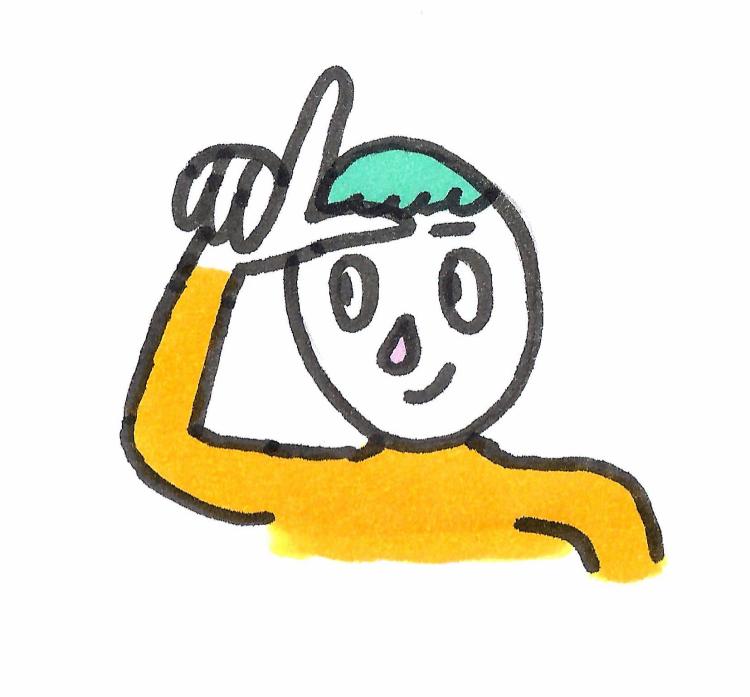 The final and highest level for a learner is to become a pechowiec (loser). At this level the language learner is almost able to express his or her full level of intelligence. They can speak fluently, handle complex interactions and understand the nuances of the language. However, from time to time, no matter how hard he or she continues to learn, they can’t avoid looking silly from time to time. You see, the thing is that no language is completely logical. Eventually, they will inadvertently discover an exception to a rule or use a false friend incorrectly.

… is to outgrow your głąbhood..

… and one day… become a loser!

3 thoughts on “The Fool’s Journey”